Holden to ‘retire’ its car brand across NZ and Aus

Lisa and Ashton at the double

Henk Buissink recalls as he pores over one of his many books.

Rotorua resident Henk Buissink vividly recalls the days the Allies arrived at Arnhem Road Bridge, despite it being 75 years ago.

At the tender age of eight, Henk was aware of airborne troop descents and enemy movements in his native Netherlands.

He lived through the German occupation of The Netherlands at Eindhoven; in a suburb he says is the size of Lynmore on the outskirts of a town the size of Rotorua.

From the age of four to nine, excitement gripped a boy like tentacle who, even today, excitedly recalls the dogfights in marine skies.

It didn’t occur to a youngster that within the dust clouds – as if someone were having a kapok fight – as he remembers them, that lives were being lost.

But then this was the Allies against the Axis countries, with German occupation in the low countries like the Netherlands at the mercy of the jackboot.

Here, a play station televised live played out to the young Henk Buissink.

In late September 1945, the Allies moved in on Nazi Germany forces as they retreated while the aggressors looked to secure towns and bridges and real estate.

The raid, a major advance on war-torn Europe and especially the Netherlands, was immortalised in Cornelius Ryan’s epic book A Bridge Too Far and, in 1977, a movie of the same title.

And it was in a town near Arnhem that Henk Buissink’s mind, already mottled by five years of Dutch resistance to German occupation, has carried to the present day the sense of relief by the Allied advances.

Henk remembers the advance of September 18, 1944, as the day his and his country’s war tacitly ended, close to five years after it started. He was aged eight and a half, he recalls. 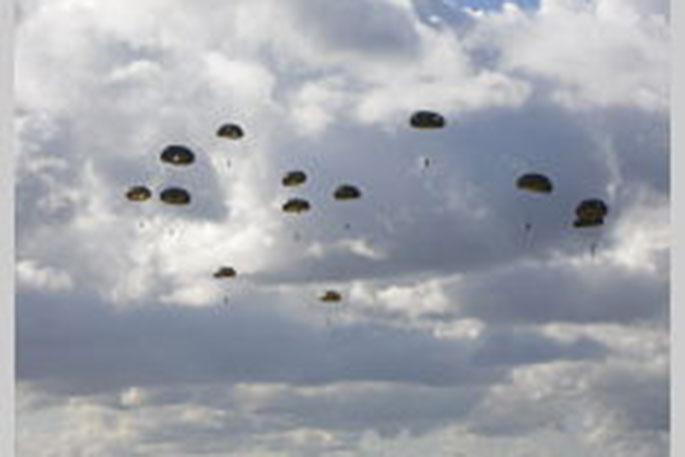 “In June we knew something was happening because the troops had landed (elsewhere nearby).”

Yet, all Dutch inhabitants in every domicile moved with trepidation.

Henk’s father, who worked for the Dutch resistance, had secreted a fellow citizen into the family home, a death sentence if discovered. Well connected with the underground, his father also kept the family relatively well fed.

Nazi sympathisers were omnipresent, so even the children were careful in sharing confidences.

The few people with radios soon spread the word the invasion had started, that a large armada of boats with troops, plus naval and aerial support were on their way to relieve the Dutch of years of privation and fear. The invasion was led by Field Marshal Montgomery.

The retreating Germans scorched the country side, blew up bridges, destroyed anything of use to the advancing Allies.

“When the Germans invaded in 1940, I was four and half and I saw my father putting gum paper [blackout curtains] on the windows [to counter the impact] of blasts,” Henk says.

He and his sister were siting eating lunch, when convoys of German artillery and troop trucks arrived.

“All those thousands of trucks and cars…”

Near the Buissink family home stood the Philips factory, which manufactured electronic and communication equipment and which remain strong in the retail market today. The factory under the German control for obvious reasons was a frequent target by the Allies, particularly in the summer of 1942, Henk says. “But sabotage was at hand, too.”

“When the planes came over on the way to German to Bremen or Hamburg we were standing there. “The Germans were shooting cannons in the air and we saw ‘pchuw’ in the air – planes strafed – and we picked up the little pieces of metal from the grenades.”

The staccato sound of aerial gunfire sometimes ended in descent of aircraft badly hit and “sometimes they came down”.

The major combat occurred during the end of the war, a time when the Allies carpet bombed German cities; they created a massive canopy overhead as they flew to their appointments for peace.

Air raid sirens frequently interrupted studies. Pupils hastened to hunker under their desks if they missed their cue for shelters outside the school yard.

On September 18, a Saturday, the skies blanketed Henk’s world as Allied Air Borne in their thousands flew over to Holland to push the Germans back. 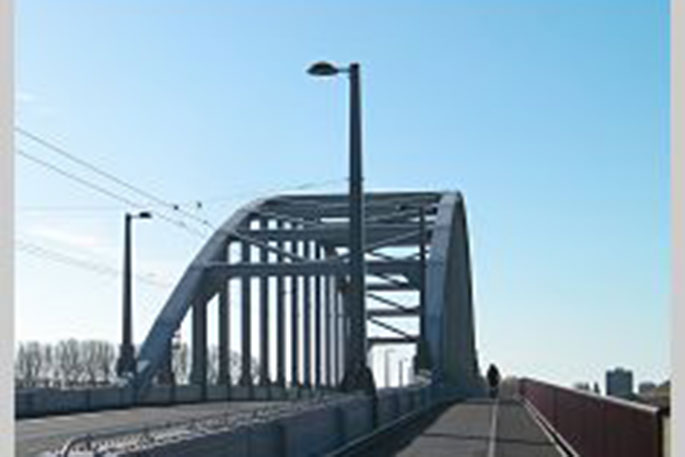 “What they did,” Henk says with a nod to two movies Band of Brothers and A Bridge Too Far “was to get to Eindhoven and on the same day they landed at Arnhem”.

“A few days before I was standing on the road and I saw those ‘poor’ German soldiers marching out of Eindhoven pinching a pram off anybody to put their luggage in.”

On September 18, the Americans dropped their paratroopers from towed gliders and one-person tanks and subsidiary machinery at Eindhoven and Arnhem (the towns were about 60kms apart).

The Americans engaged the Luftwaffe and “ping, we said, there goes another one,” Henk recalls with same boyish delight today as of 75 years ago.

The scene Henk says was “unbelievable” for the British had joined the Americans in the final push. “They all came through and all night we stood there,” Henk says.

“We were so happy – the Germans had gone and we were now liberated.”

On Sunday, September 19, a final farewell by the fleeing Germans – parachute floated down with an orange flame – the national colour for the Dutch – a marker to illuminate Eindhoven.

“The Germans attacked. They bombed and they tried to recoup Eindhoven,” Henk says.

“We had the most terrible bombardment of which I have never forgotten. We were in the house when bombs fell near. Some of our friends were killed in other places.

“During that time my parents and the man who was hiding with us went out into the field where we sheltered in a ditch.”

Peering gingerly over the ditch, they witnessed Eindhoven on fire, as though a terrible biblical conflagration.

Bombs continued to rain on the town.

“It was dark and we had no light at the time – the houses were blacked out and there were no street lights.”

The Allies in effect flew blind over ink black cities relying on their own aptitude as a pigeon might its internal homing navigation or snow geese over the Himalayas or the flight of the godwit.

For the Germans, it was a final kick at a levelled nation, riven by war and privation and jackbooted martial authority.

Yet, Henk says, the Eindhoven population had also sensed the markers may have been an Allies release for night time landing – until the bombs landed.

Henk’s wife Nan, a teacher of religion in Rotorua, says she lived in the north of Holland and “it was another year before we were liberated”.

On liberation from the south at Eindhoven, a corridor was forged to the river at Arnhem.

“On the other side, over the river, they (the Dutch population) were all killed off by the paratroopers,” Henk recalls.

While Eindhoven was effectively liberated by the Allies, the small towns and villages en route to Arnhem was not so fortunate as the Germans held an adhesive line, resisting the Allies.

Each of those villages, Henk says – he and Nan frequently visit their childhood towns – has a memorial church. None has towers out of respect to observers posted in them who were shot and killed.

Winters were frigid, he remembers.

In one particularly severe season, the Germans lowered trees and empty buildings and “everything they could chop down for the fire”.

With no coal heating was at a premium, food scarce in such major cities as Amsterdam and Rotterdam were the mortality count through starvation was high.

After the war, Henk met Nan - four years his junior. They married and left to start a clothing factory in Zambia.

Neither Henk nor Nan hold grudges in the subsequent 75 years. A testament to their dispositions is Henk’s two business partners are Germans.

They became and remain close friends and trusted partners to this day.

Over the years, since settling in Rotorua and raising a family, Henk returned to his business in Zambia at 10-week intervals, timing his return home for three weeks for his children’s school holidays.

Where once Nan visited many schools to inculcate religious instruction, her schedule is now down to visits to one school a week.

The couple are active in the community, with Henk taking an intense interest in the future of Rotorua.